Laurent Clamagirand has been AXA Group Chief Investment Officer for the last six years, in charge of a team managing €600bn assets worldwide on behalf of the AXA General Account. As CIO, he transformed the CIO organization into a global team leveraging the size of the Group and the expertises across the world.

During his 27-year career at AXA, he has occupied various responsibilities across AXA businesses: as AXA IM Chief Operating Officer, where he led the transformation of local support teams into global teams (2002-2007), and as AXA Corporate Solutions Chief Operating Officer in charge of large corporate risk underwriting for Continental Europe (1998-2002).

He also held several positions within the AXA Finance team in Paris, New York, and as head of AXA Consolidation and reporting (2007-2011). 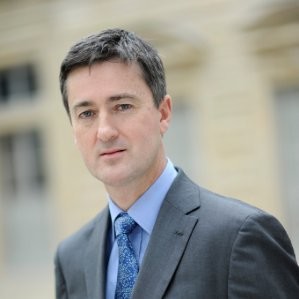