Patrick Gounelle graduated from ESCP-EAP in 1972. He also has a Bachelor degree in Law, and is a chartered accountant and statutory auditor in France. In 1973, he joined Arthur Young French Office. In 1975, he was sent to Algeria to take part in the restructuring of the textile industry; and in 1976, was posted to the Arthur Young New York Office for a year, before coming back to France and continuing his career at Ernst & Young.

Within this major world’s leading advisory, auditing, tax and law firm, he became successively Director of Audit, General Director and in 1998 President for France, Southern Europe and Africa, in charge of 13 000 staff members in 26 countries. He was also member of the Global Executive Committee of Ernst & Young from 1998 to 2009. In 2008, he was appointed Global Managing Partner, responsible for the integration of the new structure EMEIA (Europe, Middle-East, India, and Africa) and retired from Ernst & Young early 2010.

Patrick Gounelle also takes part in several economic, social and cultural projects. He is President of The European Institut of Financial Regulation. He is a member of the MEDEF Economics and member of the executive committee of GPS (Groupement des Professions de Services). Co-founder of “Foundation Europe+”, which promotes European attractiveness, he is also member of the Investment Committee of PlaNIS (“PlaNet Finance”, an N.G.O. which aims at reducing worldwide poverty by developing microfinance), of AROP (Association for the Radiance of the Paris Opera) and of the Louvre’s Museum Crescent Committee. 15 years ago, he created the French “Grand Prix de l’Entrepreneur”. 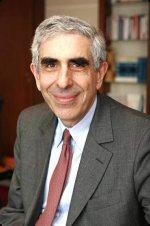