Namita Shah is a graduate of Delhi University, New Delhi and has a postgraduate degree in Law from the New York University School of Law, USA. She began her career as an Associate Attorney at Shearman & Sterling, a New York law firm, where she spent eight years providing advice and supervising transactions including those involving financings of pipeline and power plant companies.

She joined Total SA in 2002 as a Legal Counsel in the E&P mergers and acquisitions team.  In 2008 she joined the New Business team where she was responsible for business development in Australia and Malaysia. She held this position until 2011 when she moved to Yangon as General Manager, Total E&P, Myanmar.

On September 1st, 2016, she was appointed President People & Social Responsibility and member of the Executive Committee. 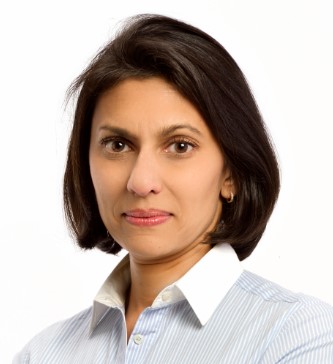