Philippe became Global Head of Risk in June 2010 previously being Global Head of Senior Expertise Risk Managers. Prior to joining GRM he was CIO of AXA Multimanager Ltd., part of the AXA Investment Managers group, in London from 2003 until 2006, having been Head of Fund Research in the Paris office from 2001 to 2003. Between 2000 and 2001 he worked at ZEBANK as Head of Equity Brokerage and from 1999 to 2000 he was a portfolio manager and buy-side analyst at PARGESA. From 1995 until 1999 he worked at Rothschild Gestion as a portfolio manager and buy-side analyst. Philippe holds postgraduate degrees in Finance and in Economics and Finance from ESSEC (a French business school) and the University of Orléans respectively. He also has a Masters in Finance from the University of Paris IX Dauphine and is a CFA charterholder. 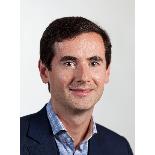