Nicolas Malaterre is a Lead Analyst in the Paris Office with S&P Global (European Financial Services). He is responsible for a portfolio of French issuers, a role that includes managing the analytical process, and building relationships among different stakeholders in the financial markets including investors.
Prior he was the Analytical Manager for the Structured Finance team in Paris for several years, and a senior member of the Covered Bonds group for several jurisdictions including France, Belgium, Canada and the Netherlands. Nicolas has been involved in the rating of structured transactions in a broad range of asset classes including residential mortgages, consumer finance, trade receivables and operating leases as well as different types of Covered Bonds programs across Europe.
Prior to joining S&P Global, Nicolas held several functions at BNP Paribas. Starting in Structured Finance, he focused particularly on Leveraged Finance. Nicolas then went onto the Bank’s Internal Audit before joining the Export Finance Group.
Nicolas holds an engineering degree from the Ecole Nationale des Ponts et Chaussées, Paris. 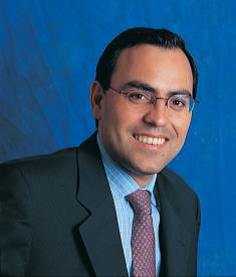